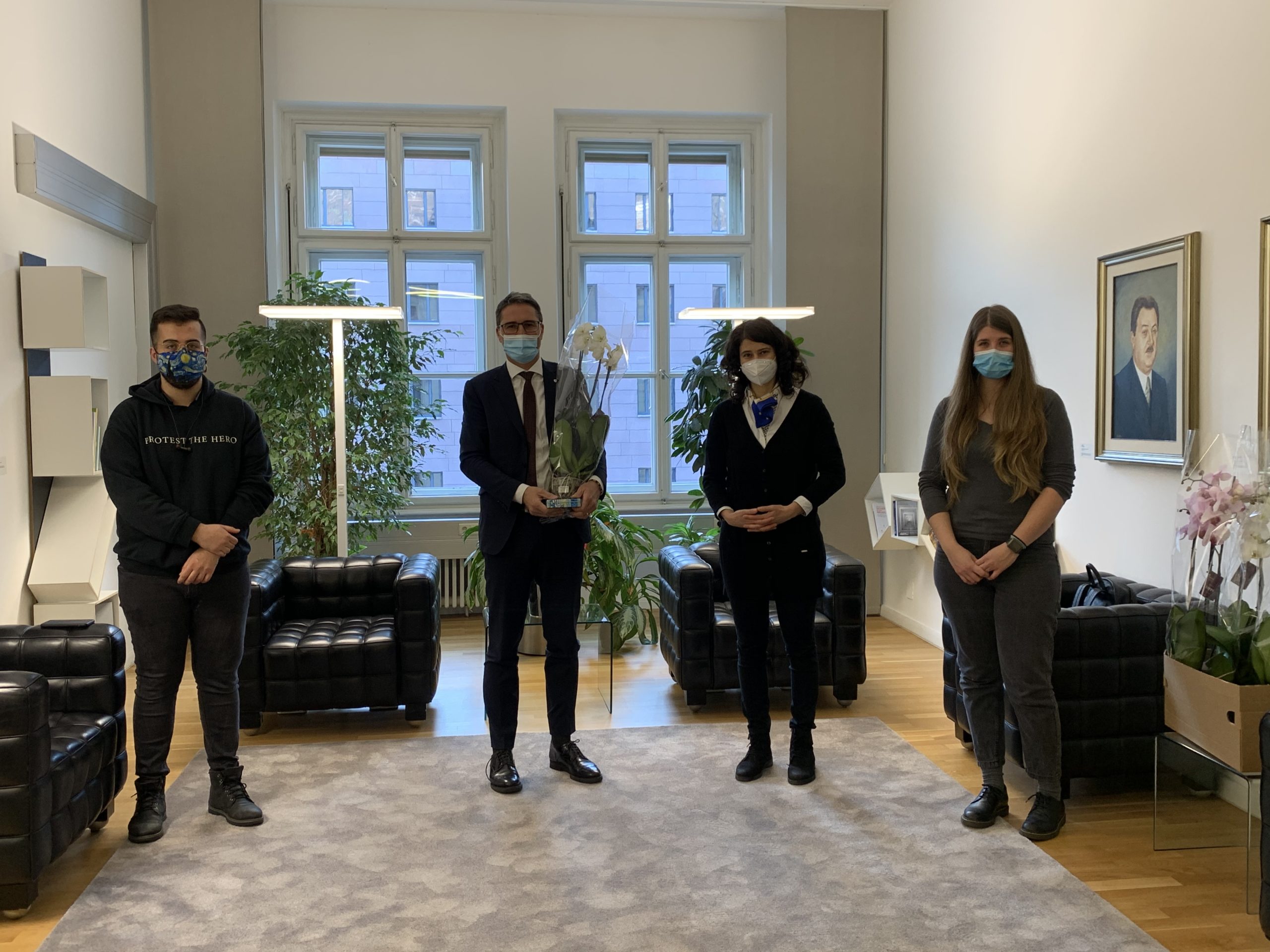 Eagle Service, a Cooperative Company that has been operating for years in the film industry, together with KinaPix, the Association for Social Promotion that deals with audio, video, cinematography, content in the form of papers and tutorials, have succeeded in intent to give rise to a “virtual concert”. The initiative was born thanks to an idea of Marta del Gaudio together with Antonio Camponogara: the two piano professors, respectively at the Vivaldi Music Institute and at the Claudio Monteverdi Conservatory. The project then materialized in the resumption of these musical performances, subsequently loaded on USB sticks, which were given, together with orchids kindly donated by Raffeiner Südtirol Orchidee, to the President and Vice President of the Province Arno Kompatscher and Giuliano Vettorato, to the Councilor for Health Thomas Widmann, Councilor for German Education and Culture Philipp Achammer, all the districts of the Province of Bolzano, the Red Cross (international AID association) and White Cross (local AID association, the Civil Protection and Fire Brigade and the Director of the Health Authority Florian Zerzer. 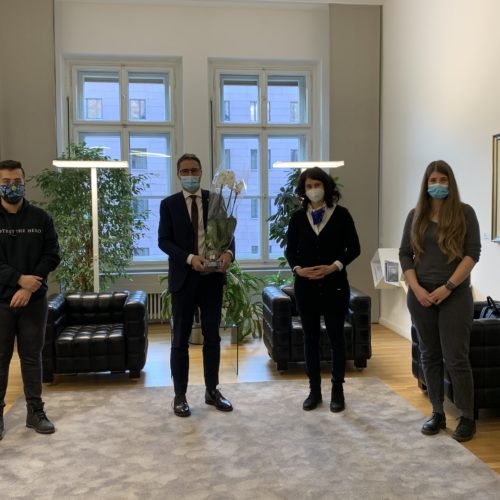 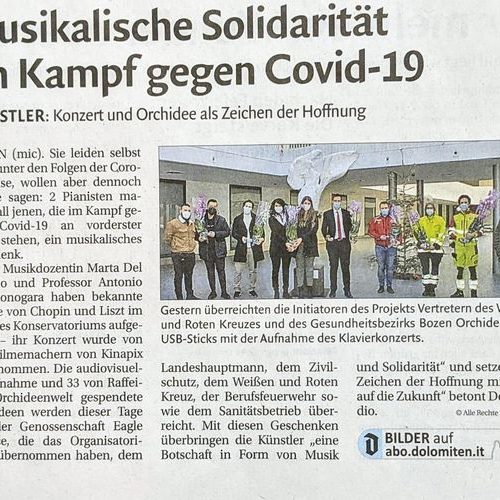 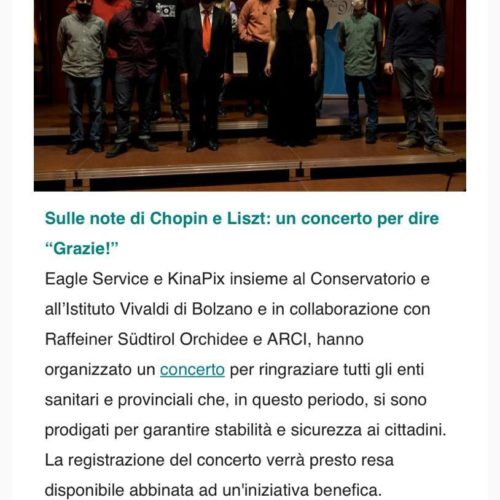 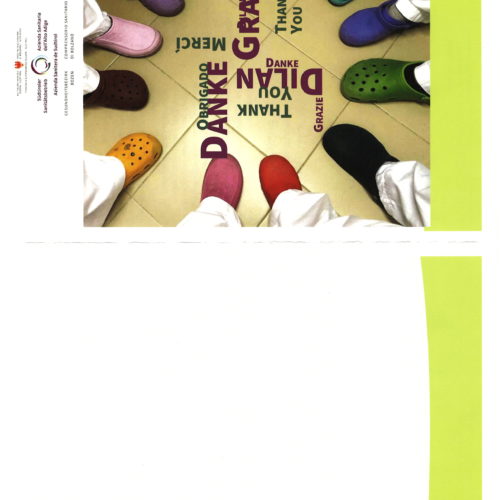 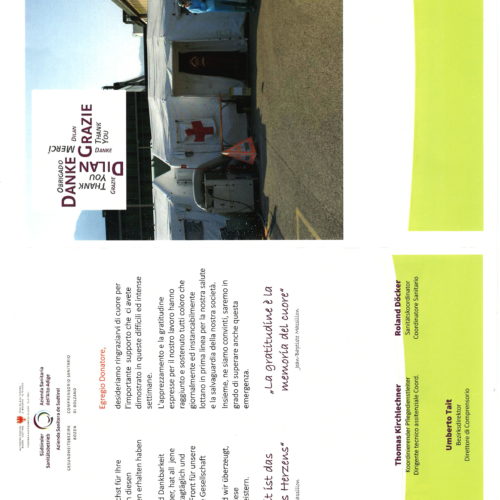 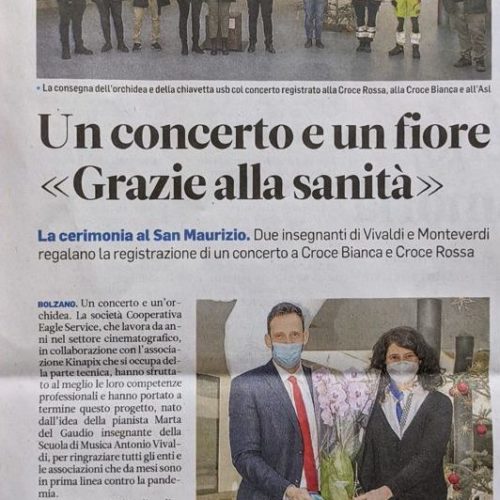